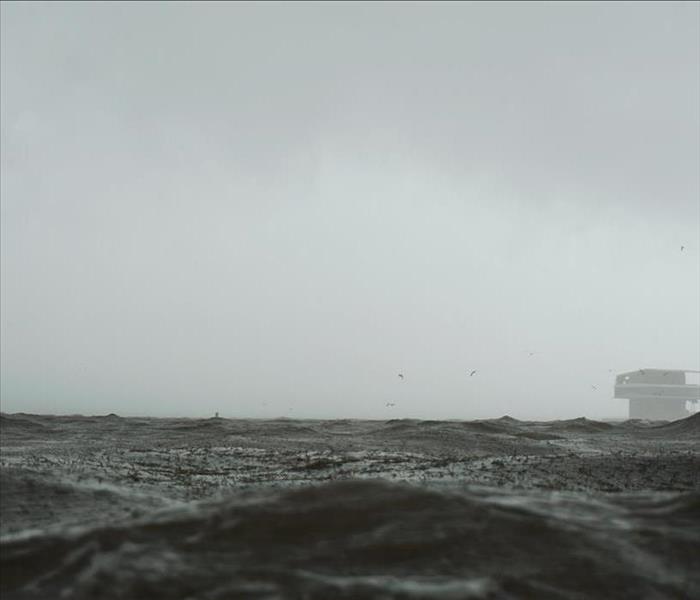 Strong storms, such as hurricanes, can form and make landfall in your area at any time during hurricane season, even as late as November.

Florida was significantly impacted by the end of this year’s Atlantic hurricane season. In September and November, Hurricane Ian and Hurricane Nicole, respectively, made landfall in Florida. Because of our large loss abilities, SERVPRO Team Wall and our Disaster Recovery Team had the opportunity to assist Florida communities that were impacted by the storms. Hurricane Ian and Hurricane Nicole left sometimes intersecting paths of damage to residential and commercial properties because they made landfall in Florida within a relatively short time of each other. Continue reading to learn more about Florida’s 2022 hurricane season and how they fit into the grand scheme of the Atlantic hurricane season.

Southwest Florida saw Hurricane Ian make landfall in mid-September. The result? A devastating number of casualties, many community members left without power, and significant damage to properties. A mere 43 days later, Hurricane Nicole made landfall, impacting many of the same Florida areas and sending first responders on search and rescue missions. Hurricanes Ian and Nicole, a seemingly bizarre double-whammy of hurricanes at the tail-end of hurricane season, might seem to be an anomaly. However, something similar happened 18 years ago. In 2004, Florida saw Hurricane Charley and Hurricane Jeanne make landfall, impacting practically the same areas of the state as Ian and Nicole. Yet another similarity is that the same amount of time lapsed in between hurricanes Charley and Jeanne as Ian and Nicole. With this information, it is important to consider what this might mean for property owners in Florida and across the country.

Call SERVPRO with Any Storm Emergency

Types of strong storms, such as hurricanes, can form and make landfall in your area at any time during hurricane season, even as late as November. Based on what we have seen in the case of Hurricane Nicole, a November hurricane is not necessarily a rare occurrence. Instead, a November hurricane – as well as hurricanes occurring in the latter part of the season – is a very real possibility for coastal states like Florida or anywhere on the east coast. SERVPRO Team Wall is here for you in the event of any storm emergency – large or small. For more information, call SERVPRO of Metro Pittsburgh East at (412) 672-5400 to speak with one of our team members about our professional Storm Damage Restoration services. We also offer storm damage restoration services tailored to commercial properties, perfect for commercial businesses. Information about our other storm-related offerings can also be found on our website. Check out our pages dedicated to our Large Loss Disaster Recovery Team, which aids communities following strong storm events such as hurricanes, as well as our residential and commercial Water Damage Restoration pages. Trust SERVPRO Team Wall to make it “Like it never even happened” after any storm emergency.